The Stomach energetic system is paired with the Spleen energetic organ system in Chinese medicine and the two work together to digest and absorb foods and nutrients. The Stomach is responsible for partially digesting foods so that the Small Intestine is able to further absorb necessary sustenance. If the Stomach fails to “ripen” the food initially, the entire digestive cascade is disrupted and issues can develop throughout the digestive process. If one develops disease, it is understood that the other will also be out of balance because their inter-relation and dependency is so closely related. For best outcomes using self-care, combine associated Aroma Acu-Sticks® to acu-points, organic herbs, topical remedies, and good lifestyle practices.

As mentioned earlier, the Spleen and Stomach are paired organs of the Earth Element according to Chinese medicine. They directly impact each other, and it is highly unlikely that you would have an imbalance of one without an imbalance of the other. The Stomach tends to be excessive and develop Heat as an imbalance, and the Spleen tends to be Deficient in nature. With Stomach Deficiency, the Spleen is often re-enforced.

According to the Five Element theory of traditional Chinese medicine, both Stomach and Spleen belong to the Earth, one is Yang (Stomach) and the other is Yin (Spleen). There functions are closely coordinated. This coordination and complementary actions between Stomach and Spleen are summarized in below.

When Stomach-Qi is deficient, Spleen-Qi will also be deficient because Stomach and Spleen are closely intertwined according to Chinese medicine. This results in several of the same symptoms as Spleen Qi Deficiency as seen here:

When the Liver energetic organ system is not functioning properly it tends to become constricted or stagnant. As this congestion builds over time the Liver heats up. If the Liver Heat and Stagnation are not treated the Liver will strike out, or “attack”, susceptible, vulnerable, or weaker organ systems. Those who have genetic tendencies towards a weak digestion, those who do not eat well, and those who worry too much (an Earth Element imbalance) can develop a weak stomach susceptible to the wrath of the Liver. The symptoms would include indications of Stomach Qi Deficiency as above combined with Liver Chi Stagnation including the following:

The Liver influences the flow of Qi throughout the body and Stomach Qi Stagnation may likely be related to Liver Qi Stagnation.; thus, the symptoms are similar as seen below:

Chronic Liver-Fire overacting on the Stomach which is not treated correctly can develop into Stomach Heat. Stomach Heat is very prevalent in western society mainly due to the prevalence of Liver Qi Stagnation, poor eating habits, and pharmaceutical use. Initially, dairy products will sooth the symptoms and inflammation related to Stomach Heat, and those developing this imbalance will be drawn to them. Unfortunately, the over-consumption of dairy eventually causes Internal Dampness and will contribute in to many pain syndromes and diseases. Better dietary choices with Stomach Heat would be avocado, bland soups and broths, oatmeal, flax seed, and demulcent herbs; this is why we include marshmallow root in most of our formulas to help promote digestibility of the herbs.

When Stomach Heat is left untreated over a period of time it will likely develop into a more serious imbalance of Stomach Fire. One additional cause of Stomach Fire not included above would be a bacterial infection such as helicobacter pylori; however, in the way of Chinese medical thinking, a person would not be susceptible to an infection unless they were already compromised. Therefore, those developing an ulcer often have been experiencing lower grade symptoms of Stomach Heat prior to developing an actual disease. While one can address the underlying Heat and Yin Deficiency, this can be a serious condition and requires local health care and not just self-treatment.

Stomach-Fire typically arises from other imbalances such as Stomach-Oi Stagnation or retention of food in the stomach. Stomach-Fire dries the Body Fluids and may lead to Stomach-Yin deficiency. In some cases, Stomach-Fire may also condense Blood and lead to Blood Stasis in the Stomach.

Prolonged Stomach-Heat can result in Stomach Yin Deficiency if it is not properly treated. Many of the symptoms are similar to Stomach Heat, but this condition is one of Deficiency rather than excess. Consider our organic Yin Valley formula!

Yin and Yang are difficult concepts to grasp; most of us think of Yin and Yang as cold and hot or night and day relatively. This is correct, but when applying the concept to the body it is necessary to understand that Yin represents substance such as Blood and tissue. When Heat is present for a prolonged period of time it begins to consume Yin and the stomach lining and actual organ as a whole becomes less efficient and less able to assimilate nutrients.

Yin and Yang qualities are never stagnant; they are always in a state of transforming into one another. Therefore, if the Stomach is deficient of a long period of time and foods tend to stagnate in the Stomach, eventually a Cold deficient pattern will turn to Heat; think about how a pond that lacks running water eventually develops bacteria and begins to heat up.

Likewise, if the Stomach develops Heat for a prolonged period, eventually the Heat will die out once the substance is consumed through Yin consumption. It is easier to grasp this concept if you liken Yin substance to the logs on a fire. Once the Yin is fully consumed, you end up with Stomach deficiency and/or Cold in the Stomach.

This pattern would be indicated by a white tongue coating, a tongue coat that appears as if it is not attached to the tongue body, slow digestion, undigested food in the stool, and/or abdominal distention.

Cold in the Stomach

Those developing Stomach-Heat as described above will often crave ice water and very cold substances. Unfortunately, this strategy creates further complications. The Stomach actually has to be very warm to digest food. When we drink ice water, the temperature of the stomach is lowered to the point where it cannot digest food. When the food does not break down in the stomach it tends to sit there for a long time and cause bloating, abdominal distention, and indigestion. Again, the whole digestive process is thwarted and symptoms from nausea to constipation or undigested food in the stool will develop. The main indication would be stabbing or sharp pain in the stomach area, but there are many indications that can develop with Stomach Cold as seen here: 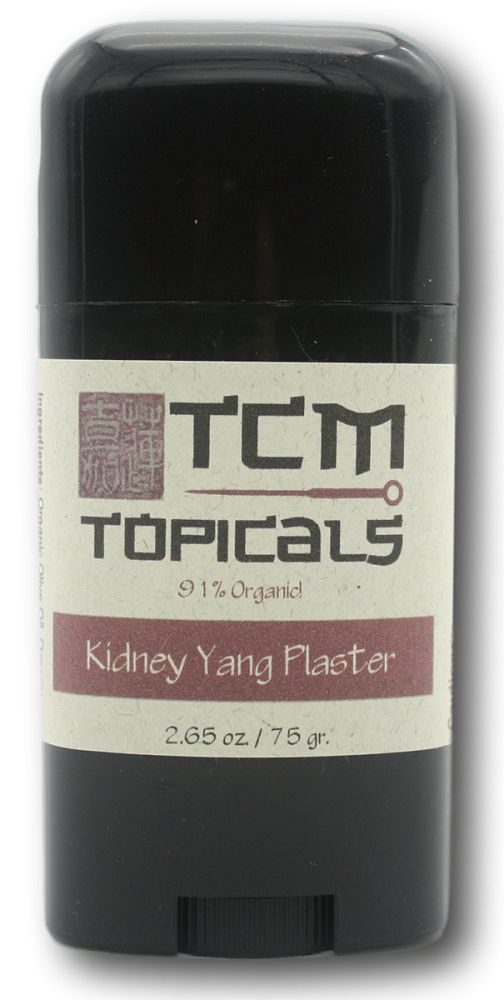 Apply the Kidney Yang Plaster with warming essential oils to the lower abdomen and over kidneys for Stomach Cold!

Causes of Cold Invading the Stomach:

This pattern is an expression of the impairment of the descending quality of Stomach Qi. It is frequently not a pattern develops by itself, but accompanies other patterns of Stomach imbalance such as Stomach-Fire, Stomach-Qi stagnation or Cold invading the Stomach. All the symptoms are caused by the failure of Stomach Qi to descend including:

Food Retention of the Stomach

Often due to overeating or eating too quickly, this pattern is common in babies and children as their Stomach and Spleen are inherently weak in the first years of life and food easily accumulates in the Stomach.

Causes of Food Retention in the Stomach:

Retention of food in the Stomach is likely to generate Heat and lead to Stomach-Heat. The undigested food, together with the impairment of the descending of Stomach-Oi, may also lead to the formation of Dampness or Phlegm.

Blood Stasis in the Stomach

Stomach Blood-Stasis is a serious health condition as it potentially gives rise to serious diseases; for example, one can't get carcinoma of the Stomach purely from Stomach-Qi stagnation, but can from Blood-Stasis in the Stomach. This condition is not a good candidate for self-treatment, and immediate care from a health care professional should be sought.

Causes of Blood Stasis in the Stomach:

Emotional strain- Anger, frustration and resentment lead to stagnation of Stomach-Qi, which in turn may lead to Stomach-Fire which may be rooted in Liver-Fire.

The Stomach is Responsible for Receiving Food

The Stomach Plays a Role in Transforming Food

The Stomach transforms ingested food and drink by a process of fermentation: the ancient texts describe this as "rotting and ripening" food; this would be liken this to the acid break down that occurs in the stomach allowing the small intestine to absorb nutrients.

Healthy Stomach Qi always descends, and controls the descending of Qi to the Small Intestine, and eventually the Large Intestine. Health Stomach-Qi has a downward movement providing for good digestion overall. If Stomach-Qi fails to influence the downward movement of food, food will stagnate in the stomach resulting in a feelings of fullness and distension, sour regurgitation, belching, hiccups, nausea, and possibly vomiting.