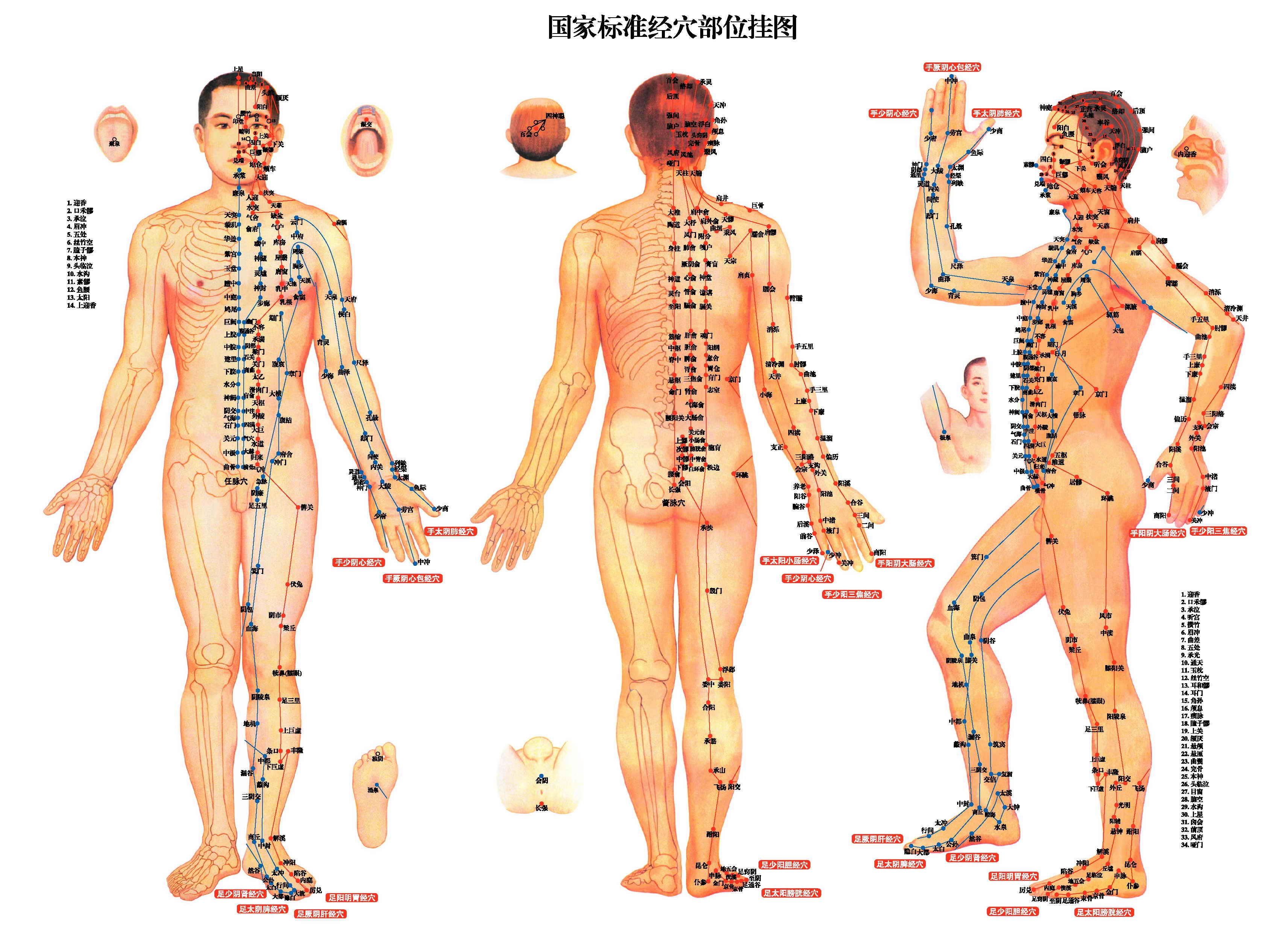 Channel, or Meridian theory is one of the core components of traditional Chinese medical theory. As one of many important working theories, it helps gives an integral explanation for how human life works, how a disease forms, and how acupressure-acupuncture therapy acts to treat a disease. If we do not understand the Channels, it is hard to understand Chinese medicine.

Up until the last couple of decades, Western medicine was not able to identify or explain how Acu-Channels worked or where they were located. This led to the mystification of Chinese medicine and confusion as countless scientific studies began proving the efficacy of acupuncture.

Now, a picture is emerging suggesting that the Channels run between connective tissue and the fascia of the body. Even more fascinating, the exact paths of these Channels are developed during fetal embryonic stages and tissue develops and folds endlessly upon itself. The acu-points that are located along the Channels are nodes of nerve endings and vascular connections allowing for communication throughout the body. Fascia is highly conductive of piezoelectricity that is stimulated when the acu-point is stimulated by essential oils, pressure, needles, magnets, and so on.

Prior to recent scientific studies advancing the understanding of acupuncture Channels the hypotheses put forward focused mainly on neuron, body fluid, and electromagnetic fields. But none of the aspects separately gave an integrative explanation of meridian phenomena and complies well the classic meridian theory. While further investigation is warranted on the subject, it is optimistic that Western medicine will soon have an understanding of Channel theory.

Zhang W. B. Analysis on the concepts of qi, blood and meridians in Huangdi Neijing (Yellow Emperor’s Canon of Internal Classic) Chinese Acupuncture and Moxibustion. 2013;33(8):708–716.