The Book of Plain Questions explains, "The five yin-organs of the human body produce five kinds of essential qi, which bring forth joy, anger, grief, worry, and fear."

The beauty of Chinese medicine is that one disease can be delineated in to many patterns; this allows Chinese medical practitioners such as Chinese acupuncturists and herbalists to design a treatment for a specific patient rather than using one treatment to address all patients. This makes Chinese medicine a more specific and focused way to help address OCD used along with professional mental health care. For best outcomes using self-care, combine associated Aroma Acu-Sticks® t to acu-points, organic herbs, topical remedies, and good lifestyle practices. 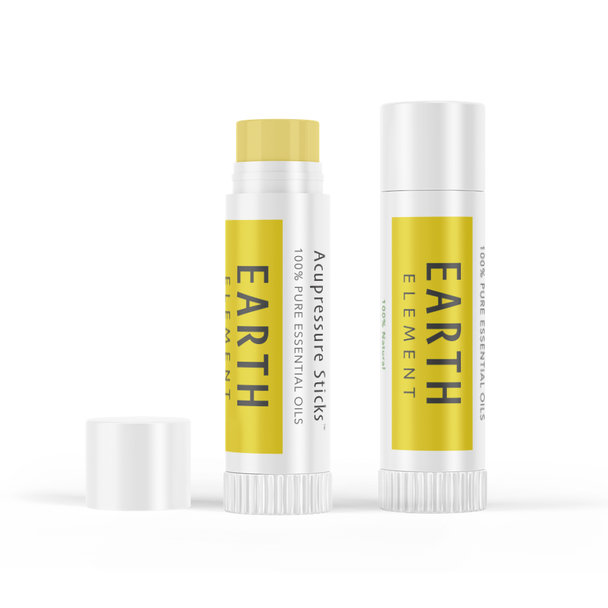 Patterns of Imbalance Associated with OCD

Many westerners are not aware that Chinese medicine can be a viable treatment option when addressing mental and emotional disorders. Obsessive Compulsive Disorder (OCD) is addressed according to the way it presents and the type of symptoms that occur. It is important to know that more than one organ system imbalance is typically involved with OCD. Take time to read the Earth Element and Metal Element articles

This type of Obsessive Compulsive Disorder would be marked with repeated unwanted thoughts. The Earth Element of Chinese medicine includes the Stomach and Spleen energetic organ systems. The emotion associated with the Spleen energetic system is worry. It is important with this type of OCD to not only nourish the Spleen energy with tonic herbs, but to also begin a practice of meditation to control the thoughts. For some suffering with OCD, mulling over thoughts becomes a distorted path to pleasure (or lack of pain) through self-absorption.

Another Spleen imbalance sign would be OCD with eating disorders common to OCD. The Spleen belongs to the Earth Element and is all about feeling nourished and well cared for by Mother Earth and emotionally nourished, especially by your mother. In situations of neglect or early abandonment, Earth Element emotional imbalances are common.

When fear leads to compulsions or rituals, it is typically due to a Water Element imbalance or Deficiency in the Kidney Organ System in Chinese medicine as the emotion related to Kidney energy is fear. Fear of dirt or contamination by germs leading to excessive hand washing is a typical portrayal of OCD, but other fears such as harming others or thinking sinful thoughts can also be prevalent. Compulsions are a direct result of the fear and represent a way to deal with the fear through distraction. Anxiety and panic disorder associated with OCD would indicate Kidney Deficiency also.

Obsessive Compulsive Personality Disorder (OCPD) does not involve the rituals and compulsions but rather involves an unhealthy preoccupation with traits that relate directly to a Metal Element (Lung) imbalance in Chinese medicine. A person with a Metal imbalance would have a preoccupation with rules, schedules, and lists; would be critical and demand perfectionism; would be excessively devoted to work or religion; and would seem emotionally rigid and inflexible. While OCPD is not technically OCD, it is well differentiated through Chinese medicine. Otherwise, it is best addressed with Five Element Acupuncture and flower essences. Other Metal Element imbalances common in OCD indications according to Chinese medicine would include fear of death, OCD brought on by loss or grief, or the inability to 'let go'.

The Lung Energy system is related to self esteem in Chinese medicine, and the fear of being embarrassed, making a mistake, or acting in a socially unacceptable way would relate to this type of OCD manifestation.

The Heart organ system is paired with the Small Intestine energetic system in Chinese medicine. Emotionally, the Small Intestine helps to sort through information, emotions, and food, and decide what is precious and should be kept, and what should be let go of.. When this ability is impaired, someone may have a tendency to begin hoarding items, which is yet another common indication with OCD. If these indications are coupled with palpitation or racing of the heart.

For many with OCD, obsessive thought and worry disrupt their sleep and often prevent them from falling asleep. In Chinese medicine, the heart houses the mind at night and insomnia indicates and imbalance in the Fire Element.

OCD is often complicated with episodes of depression. Liver Qi Stagnation is one of the more common root disturbances that lead to depression. A person with a Liver or Wood Element imbalance would have a fear of making the wrong decision possibly. Emotions relating to Liver imbalances include anger, frustration, and a feeling of being stuck in a particular circumstance or situation.

As you can see, OCD is a very complicated condition in Chinese medicine. There are many levels of severity of OCD, and a mental health professional should be employed to help you work through this condition in addition to any self-care modality such as herbs and self-care acupressure.